Thanks for stopping by 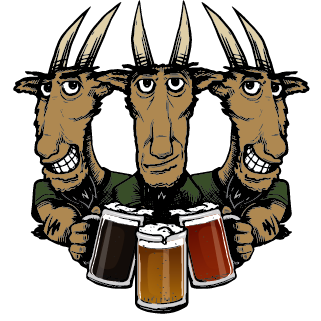 A Few Old Goats Brewing (aka AFOG) opened in 2018 and is a 2-barrel nano-brewery located on the west end of Downtown Roanoke. Kenny and Joyce and Curtis and Lisa met after moving from the greater Cleveland area and discovered their mutual love of beer and brewing. This shared passion gave them the bright idea of opening up a brewery (we know…how original!). So...they tried, they did, and…well…they still are! You can often catch them slinging beers, brewing beers, and maybe even doing “quality control” when they’re not working.

Oh…right…the brewery. Because we’re small (see above) we often rotate through beers quickly. We rarely brew the same thing in successive sessions (unless it gets crushed) so you will often find something new on draft nearly every week. Speaking of that, we usually keep anywhere from 12-16 taps running of both the usual suspects (Cream Ale, Gose, Red, IPA, etc.) and some…well…unusual suspects. We have plenty of indoor and outdoor games to play while having a beer. We also have a spacious outdoor area and green space. Oh…one of our many mottos, “Stouts are a year-round beer!” Okay…enough about us! We look forward to seeing old friends and making new ones.

PS..We are a dog friendly space! We just ask that they be kept on a short leash.